by CDNMace
Just looking for grading help with this 1912 Large Cent.

There's a huge leap in prices realized (obviously it's going to go up for sale) in the MS range with large cents. I'm wondering if it's even of MS caliber. If so, would anyone like to take a shot at it? Or what you think is the minimum grade for this piece?

What worries me is the brass 'greenery' beside the E in 'ET'... If it's even worth sending it in? It would need to attain a MS65 to even be worth while for grading. So I'm not holding out much hope here.

Thanks for any and all help. 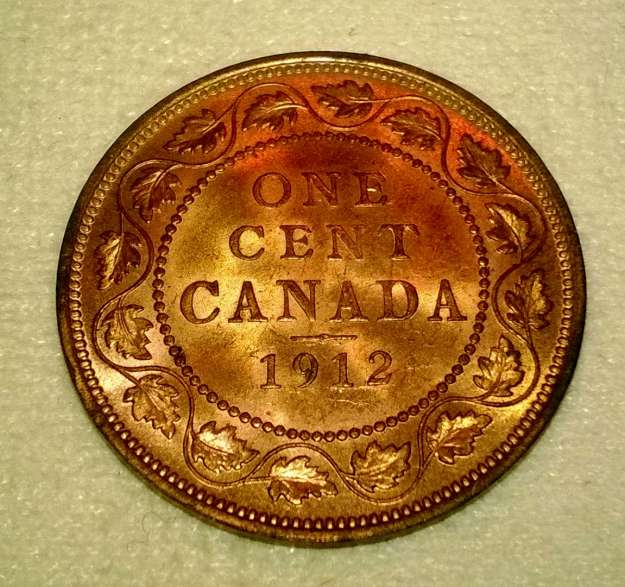 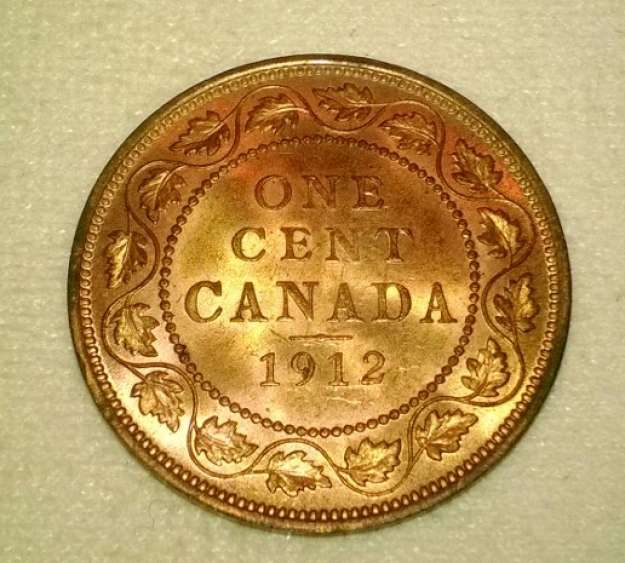 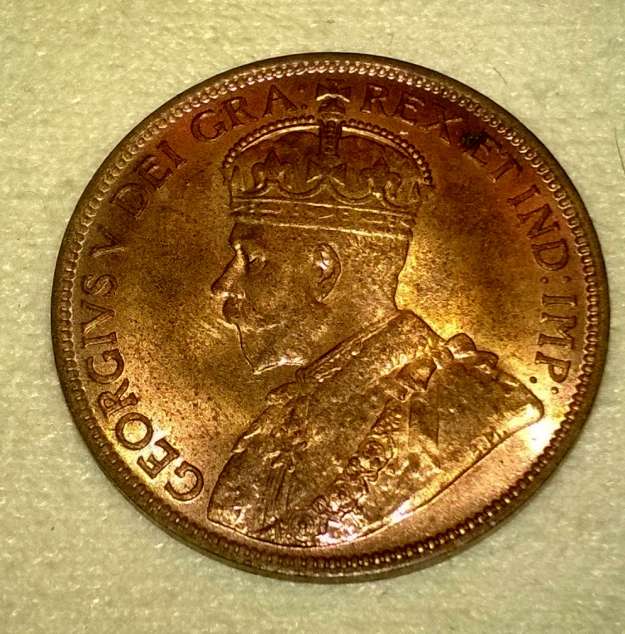 It would need to attain a MS65 to even be worth while for grading.

I have a hunch it probably wouldn't meet that. Fantastic coin though. Can't imagine this would grade under MS if that's what you're asking.

And yeah, it's a bummer...maybe roll some acetone into that spot to kill the verdigris. The top of the obv photo is so dark that it's hard to tell exactly what you're up against. If it were mine I'd disolve what I could and leave it at that. Repeat in 6 mos to a year.

The top of the obv photo is so dark that it's hard to tell exactly what you're up against. 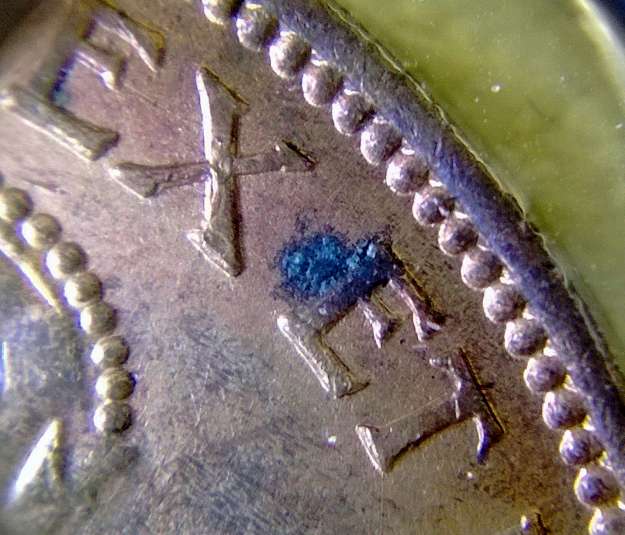 by verdigris
Oy vey. That's gonna leave a mark. I assume what I see as blue is actually bright green.

Ah well, ce la vie... disolve what will and keep an eye on it. If the green comes back do it again. Verdigris never sleeps. Acetone-soaked Q-tip won't leave any trace on the bronze just be careful not to rub. It's hard to resist I know. Dip and roll. You should see the cotton turn colour right away then switch ends and so on until the green bleeding stops. You'll never fix that booger but at least you can halt it in its tracks.

verdigris wrote:Oy vey. That's gonna leave a mark. I assume what I see as blue is actually bright green.

Yeah, it's green. That's a drag. But thanks for the tip. This one, believe it or not, I actually paid a slight premium for. (slight

). But c'est la vie. Note to self: Always bring your loupe with you. haha

I appreciate it, Rod. Thanks.