You are: Home » Banknotes » Articles » The Art and Design of Canadian Bank Notes

The Art and Design of Canadian Bank Notes 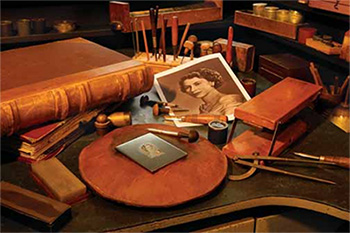 to regulate credit and currency in the best interests of the economic life of the nation, to control and protect the external value of the national monetary unit and to mitigate by its influence fluctuations in the general level of production, trade, prices and employment, so far as may be possible within the scope of monetary action, and generally to promote the economic and financial welfare of Canada.

Since its founding in 1935, the Bank has fulfilled this mandate through its activities in four areas: monetary policy, the financial system, funds management, and the issuing of bank notes. Of these, the bank note is the most tangible symbol of the Bank's role, and of the connection between the central bank and the people it serves.

A bank note is a medium of exchange, a cultural artifact, a national symbol, and a communications vehicle. Bank notes must therefore meet many criteria. They must be readily accepted and secure from counterfeiting. They must be durable as they pass from hand to hand and from hand to wallet, as they move through machines that identify, count, and distribute them, and as they undergo the occasional immersion in a washing machine. Bank notes also reflect the spirit of a nation–they convey messages about a country's past and present, its accomplishments, and its aspirations.

Thus, the design and production of a bank note is a formidable challenge. It involves researchers, scientists, artists and designers, plate makers, paper makers, and printers. And, of course, the challenge evolves, as do the notes themselves. Since 1935, Canada's bank notes have changed to reflect both technical advances and a maturing national identity.

In designing and printing Canada's bank notes, the Bank has relied on the assistance of two companies that specialize in security printing (Security printers specialize in items such as passports, stock certificates, bonds, postage stamps, and bank notes, where protection against forgery is of primary importance): Canadian Bank Note Company, Limited and BA International Inc. (formerly the British American Bank Note Company).

Portraits of the Queen