The choice to produce a 20-cents by the Bank of Upper Canada, instead of a 25-cents one, cause people to easily be confused with the US 25-cents coin, which was very common and circulating in Canada at that time.

To help you to identify die clash possibilities on canadian 20-cents coin, here's a list of pictures with both sides on top of each other. 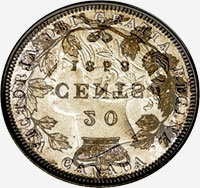 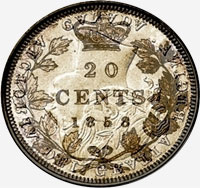