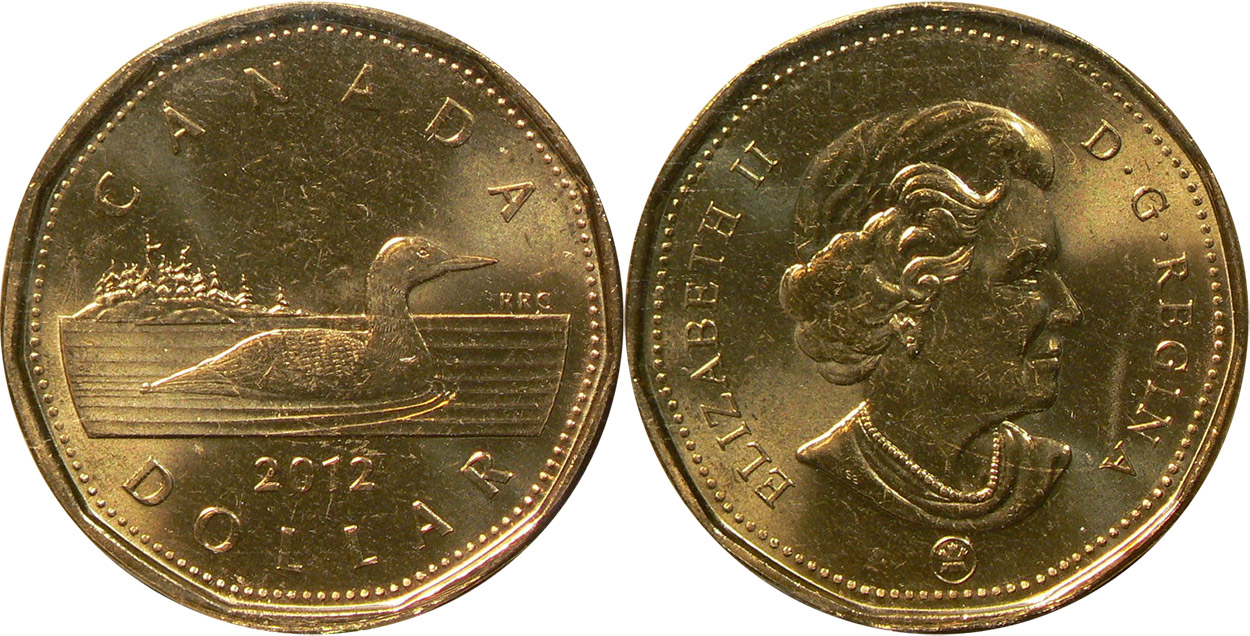 The "Security" 1 dollar coins are manufactured at the Mint's facility in Winnipeg, Manitoba using the same patented multi-ply plated steel (MPPS) technology from which Canada's lower denomination circulation coins have been made since 2001. This technology, by which a steel core is plated with alternating layers of different metals such as copper, nickel and brass, employs far less metals than alloy coins and produces highly cost-effective circulation coins. These 1 dollar circulation coins also incorporates new, visible security features which further enhance the security and integrity of Canada's coinage system. The reverse (or tails side) features a laser mark micro-engraving. The Royal Canadian Mint issued a 2012 Lucky Loonie circulation coin. It served as a good luck charm for Canadian athletes competing in London at the 2012 Olympic and Paralympic Games. In what is now a legendary tale, a Loonie was buried at centre ice prior to the 2002 Olympic Winter Games in Salt Lake City to bring good luck to Canadas gold medal-winning mens and womens hockey teams. The Mint produced a Lucky Loonie circulation coin for many subsequent Games. 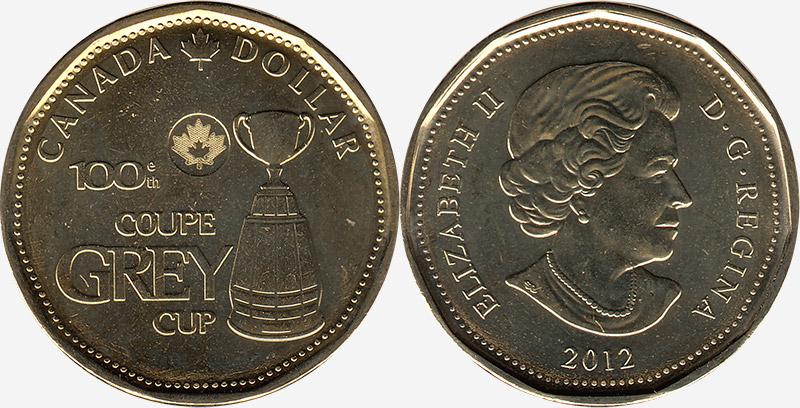