The reverse of the 25 cents 1973 was chosen to commemorate the 100th anniversary of the North-West Mounted Police later called the Royal Canadian Mounted Police. The obverse, smaller and more detailed, was also chosen for 1973. By cons, a small amount of 25 cents coins were produced in 1973 with the obverse of 1972, creating these two varieties : Small Bust and Large Bust. According to the Chartlon, the amount of coins with the Large Bust does not exceed 10 000. 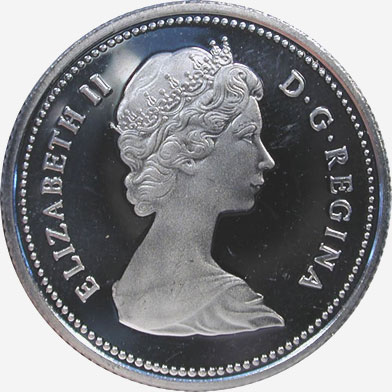 The Large Bust variety indicates that the effigy of the queen is the same as 1965 to 1972 25 cents coins.. This effigy is larger, with less detail. Beads are also placed closer to the edge than the Small Bust variety. 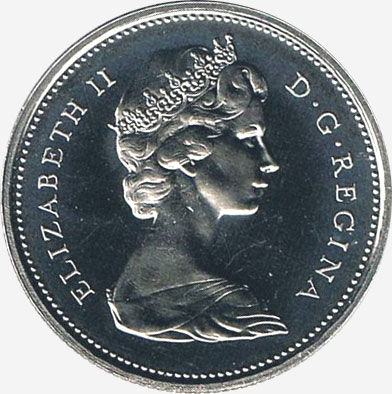