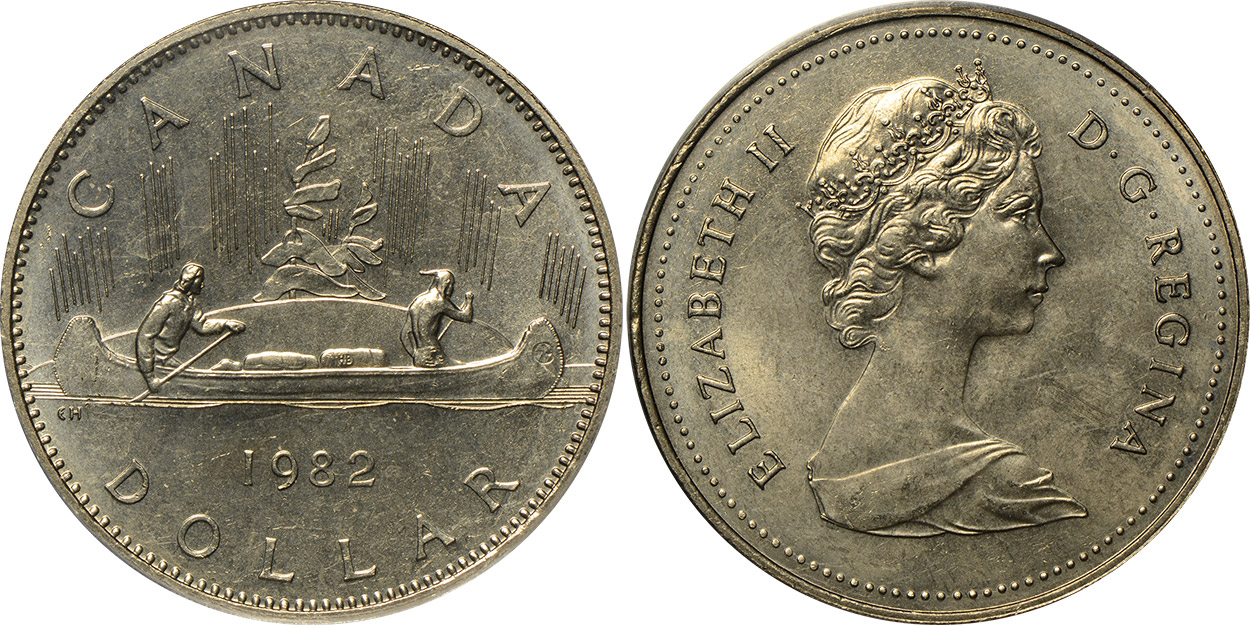 The date on the image can be different from the year selected.
Picture by: François Rufiange

Unlike the image above, the 1982 1 dollar coin with the biggest mintage was the variety named Constitution, issued on June 10, 1982, to commemorate the new canadian constitution. To this end, the obverse and reverse of the coin were different.

SP (Specimen): Special collectors coins struck at the Mint with a frosted/mirror appearance on the design and effigy from 1996 to 2021. Before 1996, if specimen coins have been removed from their protective envelope or original package, it is harder to differentiate them from PL coins. Specimen coins are struck up to two times on numismatic presses.

The design on the reverse of the constitution dollar is based on the painting The Fathers of Confederation by Robert Harris. That painting was destroyed in 1916 due to the fire, but the artist Rex Woods created a copy of it in 1968 to replace it, and made modifications, including the addition of three people on it. 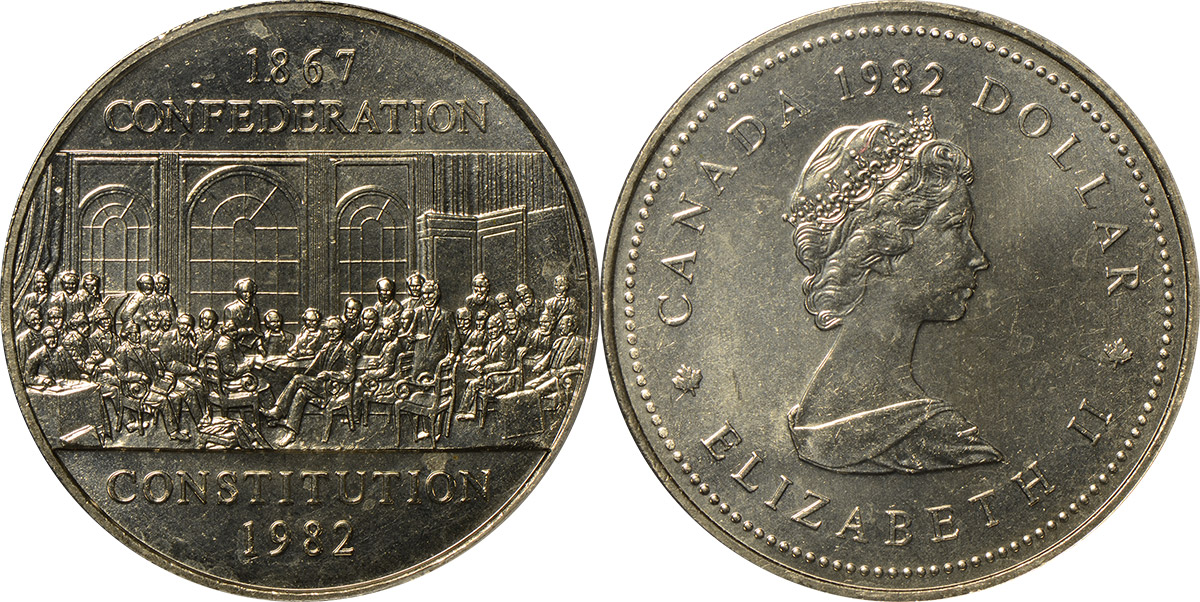 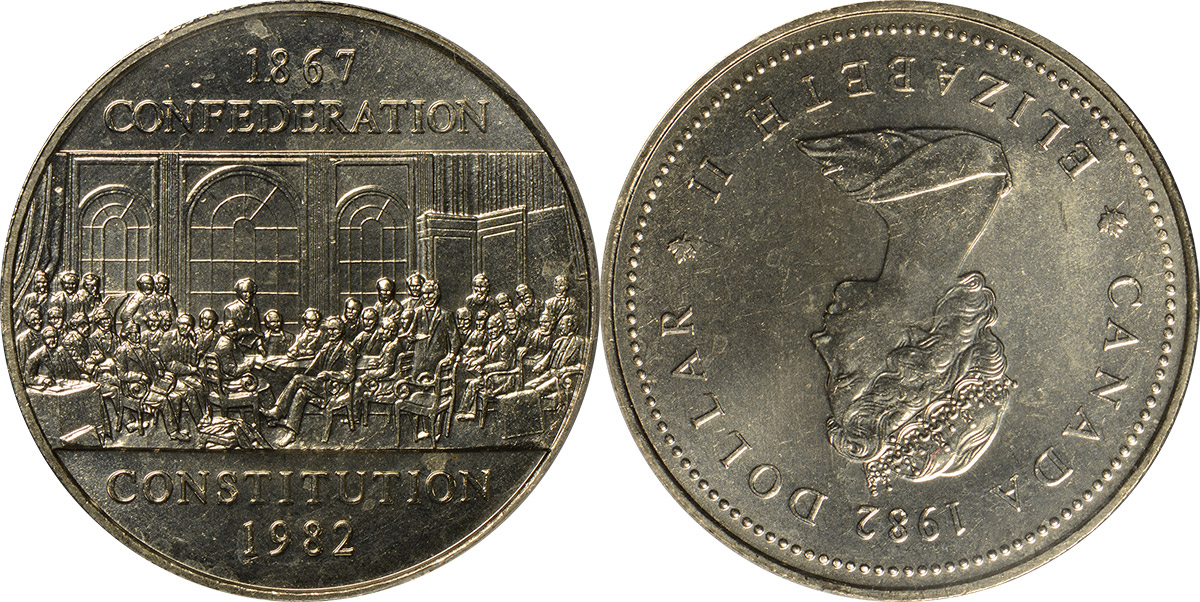 This variety had been struck on a thin planchet, which was purchased from a private producer.