Hi:
I have a few Canadian silver dollars, Queen Elizabeth II 1953-1964....one which has been graded by a third party grading service which gave this particular dollar a MS-64 grade.
My other dollar coins that have the same effigy,but different dates,certainly have better detail than the TPG one,particularly the third-from-bottom pair of laurel leaves,which are basically worn away on the 'graded' coin,but on my other coins the whole five pairs of leaves and the leaf on the end is still visible.
The only difference is the field area ( I think that's what it's called),or the area that has nothing on it,around the image is more shiny and less 'nick-free' on the "graded" coin... so what's more desirable, a clean scratch,nick-free field area or some nicks and scratches,but a coin with better detail on the known wear areas? For sure the 'graded' coin has better eye appeal due to the shiny mirror-like field,but with a loupe,my other coins have less worn-out details,(ear lobe,eyebrow,etc)
Can't figure out why it was given a grade of MS-64,with the third and four pair of leaves worn away,also hair around the ear is worn?.Sorry for the long post! Not complaining,just curious?! 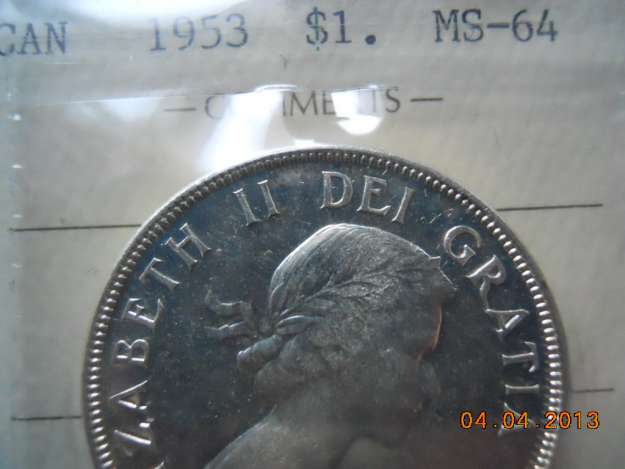 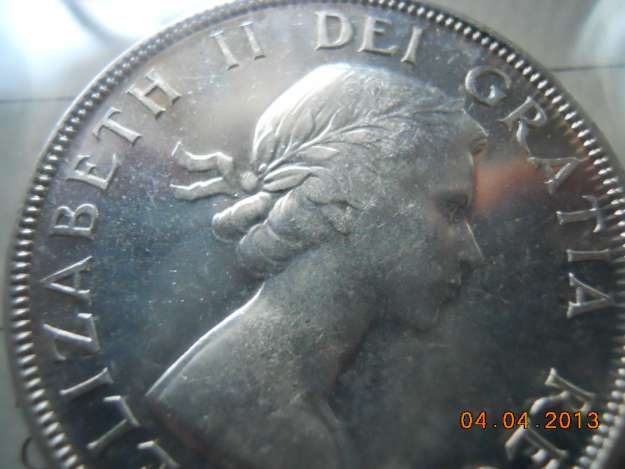 i have had the same issue as you. the inconsistency some times kills me ,in my opinion sometimes they go straight to high areas and from there it gives you a good idea how the coin is providing there's no damage or scratches, at least that's what i been told ,cheers
sometimes you end up on the winning side with grades ,sometimes it can be very disappointed.cheers
Top

Hi: According to my A Charlton Standard Catalogue 2013 version,states that the criteria for a MS-64 grading should have:"No traces of wear,with a full strike.Must have full mint lustre with only minor contact marks in the field ares.Must have good eye appeal."
Obviously this coin used as my example above has significant wear starting at the third leaf and up and also the hair above the ear.I think this example should be no more than a AU-55.
I wonder what another TPG (PCGS) company would give this coin as far as a grade???
If it was a rare coin,I may have sent it out again to be graded by some other company. Thanks,Hot Brass
Last edited by Hot Brass on Sun Jun 23, 2013 9:18 pm, edited 1 time in total.
Top

that's a great grade for that coin your right by the looks of it it deserves a au-55 not higher.i don't slab coins anymore unless they are rare and i want to sell them..
Top
Post Reply
4 posts • Page 1 of 1