by Shylo
All depends on the grade of the notes and how much the printing or cut is off center... can you please post some pictures 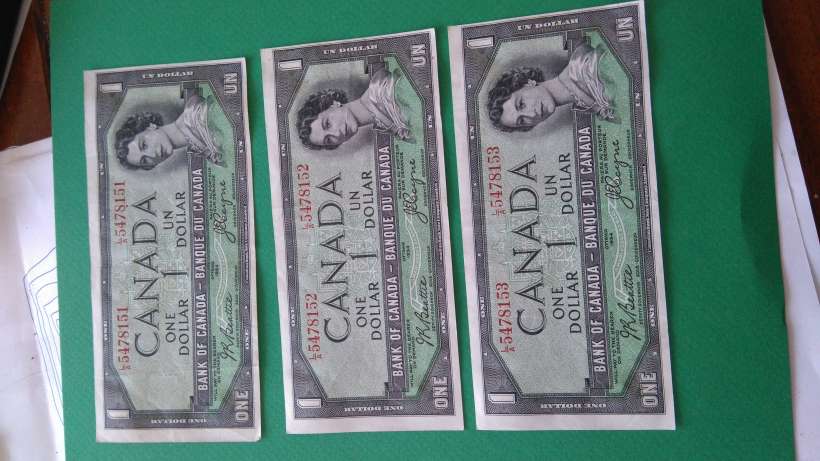 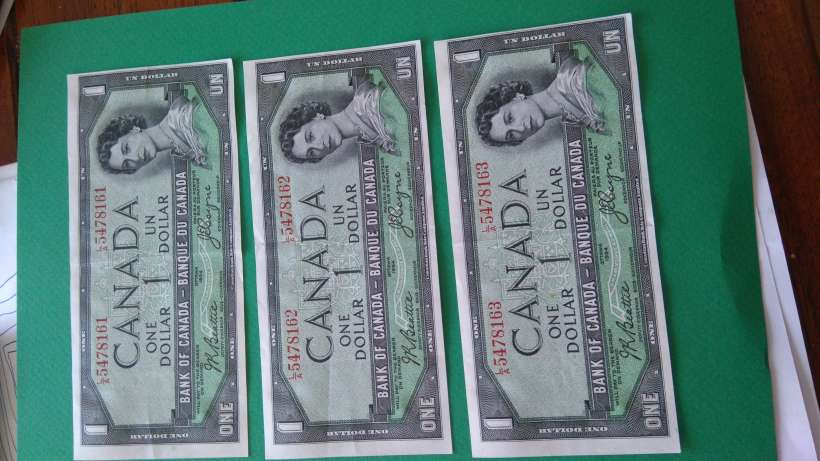 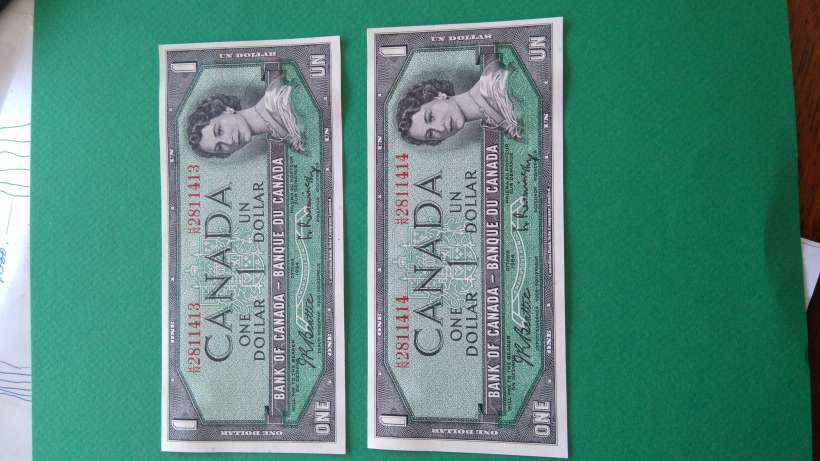 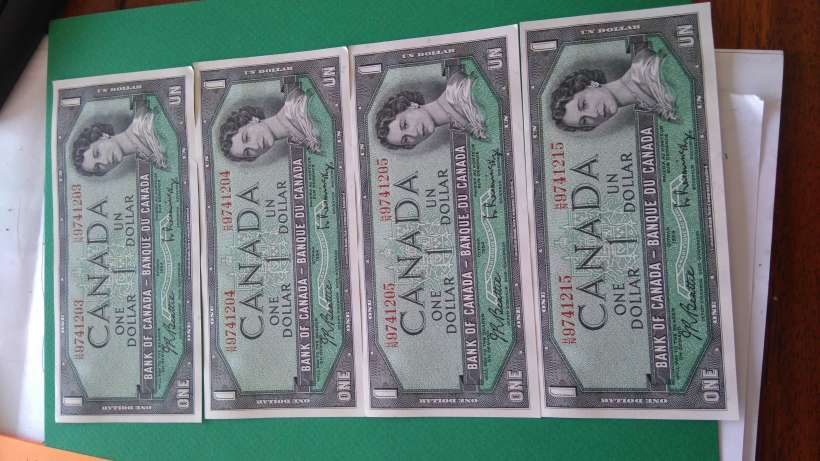 by Shylo
Conditions look between EF and AU there may be a few UNC's in there...

Unfortunately the off centered cuts on these notes are deemed as less desirable for most collectors.

Usually most collectors look for something that's perfectly centered and in top condition when it comes to bank notes.

A collector usually starts to find off center cuts appealing when a portion of the neighboring note is visible, and anything less usually just warrants demerits in grade.

by garry
thanks for the info Shylo
Garry

by garry
Another question
how can we see or know if this has a devil face or not ?

by Shylo
On this site there's an image that shows the difference between the devils face and modified. You can use that for a comparison.

Or if you have a charlton catalog you can look at the prefix on the notes to determine if they're devils face or modified.... Sorry but the pictures are too hard for me to tell I would need a close up of the queens hair as well as to be able to read the prefix

You did pretty good.

152 - 153 and 161 - 163 all appear to be Devil's Face. if you have the others between these numbers and before and after these numbers you will like also have devil's faces.

The other bills shown are not DF.

The bills appear to be EF as it looks like they have hard centre creases, other ceases and clipped corners on a few.

It's hard to tell without better pictures.

by garry
thanks for your input guys it is appreciated might let go one of the series of 3 consecutive devils face if someone is ready to make a decent offer. they are unique and have a sure value for collectors

by pjrsaultstemarie
new member----nice catch three consecutive DF's ---Just wondered did you eventually sell and for how much.