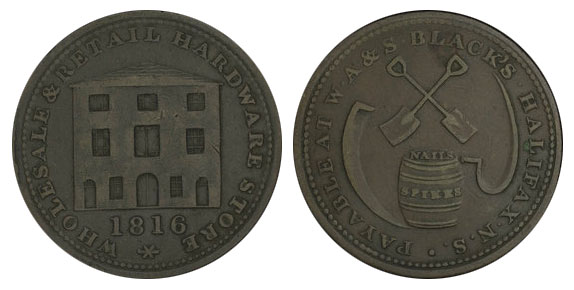 In the eighteenth century Nova Scotia received occasional shipments of English pennies and halfpennies. However, after the American Revolution the shipments became fewer, and after 1795 they stopped altogether. In the early nineteenth century the colony was so short of copper coinage that, about 1814, some of the individual merchants of Halifax began to import halfpenny tokens from England to alleviate the chronic shortage of small change... Read more »

The value of a canadian token depends on several factors such as quality and wear, supply and demand, rarity, finish and more.